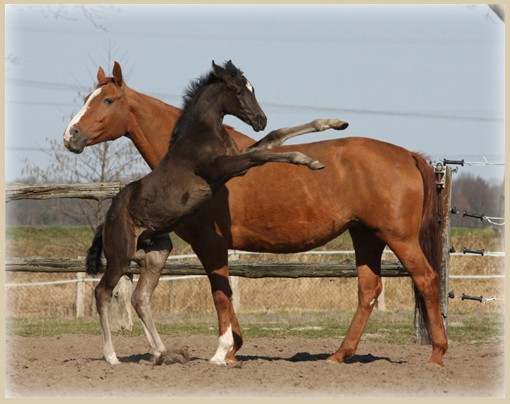 Wianka is from the very successful motherline of Longola by Lorlot - Schneeberg - Macdonald (family 694 – book Schridde) which splits into a Russian breed from Elbrebe by Eljen - Dominus - Jägersmann. Wianka is registered with an overall score of 8 in the Hanoverian main stud book and has finished the mare performance test with an overall score of  7.28. Until now she has produced 13 foals. You can see the foals who were born here under the point "Offspring".

From the family of Longola are the international successful jumping horses

and the international successful dressage horse 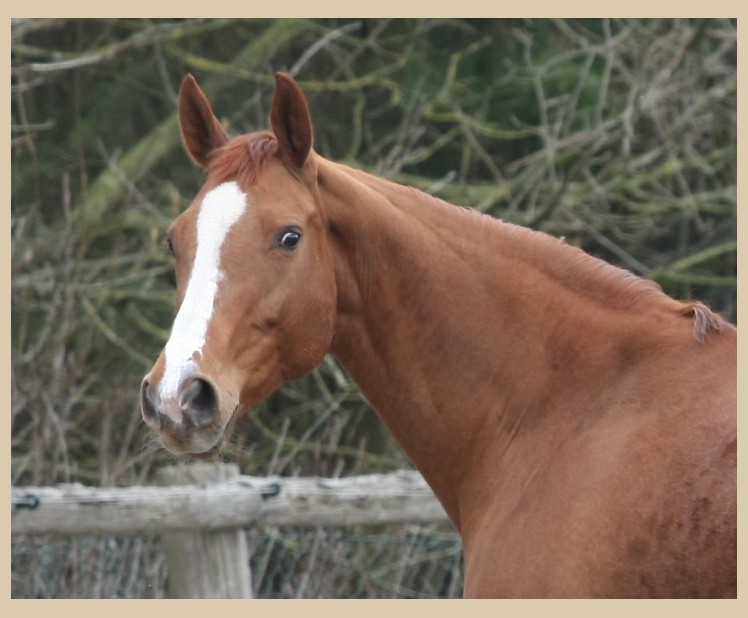 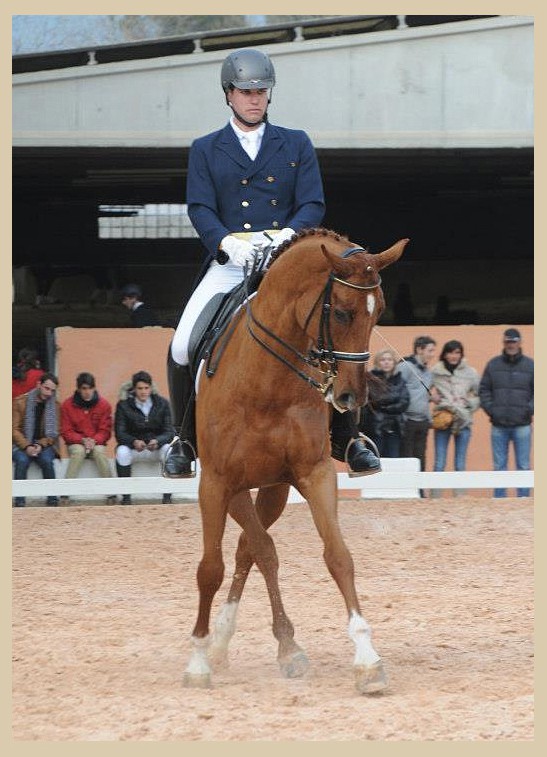 Flash by Falsterbo in Spain

The sire Wolkenstein II was the reserve winner at the Hanoverian licensing in 1992, Federal Champion in 1993 and stallion performance test winner in 1993 with 139.60 index points. In the FN breeding esteem he has a dressage score of 140 index points (security 99%). 47 his sons are licensed. 137 of 494 registered broodmares received the state premium title. His heredity-security is based on the well line breeding of Dr. Max Schulz - Stellenfleth from which also the significant stallions Garibaldi I and II, Brentano I and II and White star descend. The progenies of Wolkenstein II earned a profit sum of 404,501 euros until now. 49 offspring are successfully at dressage classes of advanced level and 10 offspring at jumping classes of advanced level.
The dam's sire Lombard goes back over Lugano II to the great Thoroughbred Der Löwe xx. Especially the stallion Lanthan has appeared as the sire and mother's sire of many licensed stallions. In the sport Lombard's offspring won prize money at the rate of 337,663 euros.
Diskant stepped through his famous son Deister under Paul Schockemöhle into the footlights. Over his licensed son Disput leads the way over the stallion Donnerwetter to the unforgotten Donnerhall. Also the profitable jumper E.T. FRH profits by his grandmother Darietta (by Diskant) of his outstanding genes. This are only a few famous examples of his exceptional heredity, further sports horses were successfully and had won 843,297 euros. 4 offspring were placed at advanced dressage level and 10 offspring at advanced show jumping level.
This heredity you can also see at the dam Dichternelke by Diskant. Her offspring who were victorious at advanced show jumping level reached a profit sum of 12,871 euros.

Further successful horses from this motherline:

Felicia by Falsterbo (2006) best mare at the mare show, awarded with the state premium title and nominated for the Herwart von der Decken Show in Verden 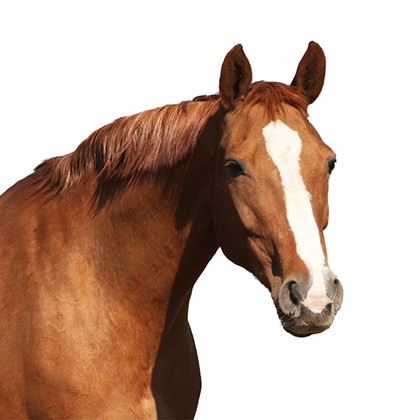